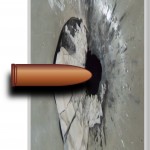 The residue obtained from sugarcane juice extraction, in sugar and ethanol production, is known as bagasse. At the industrial mill, bagasse is either incinerated for steam and power generation or discarded as a waste. The incorporation of bagasse waste into polymeric composites for ballistic resistant materials is presented in our new publication entitled “Sugarcane Bagasse Waste in Composites for Multilayered Armor” published in the European Polymer Journal. This is the result of our continuing collaboration with Prof. Sergio N. Monteiro from the Institute of Military in Rio de Janeiro, Brazil. In this study, plates of epoxy composites reinforced with either raw bagasse or extracted bagasse fibers were characterized. The 30 vol% bagasse composites were selectedused as a second layer, backing a front ceramic, in multilayered armors against 7.62 mm ammunition. Ballistic performance of composites was compared to Kevlar™ plates used in commercial multilayered armor systems. Results of ballistic tests indicated that multilayered armors with Kevlar™ and bagasse fiber composites satisfied the National Institute of Justice (NIJ) norm, and displayed similar depths of indentation (19 – 21 mm) in a clay witness. By contrast, the armor with raw bagasse composite demonstrated worse performance, with nearly two times deeper indentations, some of which exceeded the NIJ limit. Economical analysis revealed that armor with bagasse fiber composite is nearly 180% less expensive than a corresponding armor with Kevlar™. Therefore, it is shown for the first time that composites reinforced with fibers extracted from sugarcane bagasse (a large scale worldwide generated waste) could replace Kevlar™ in multilayered armor systems making them cheaper and more sustainable.