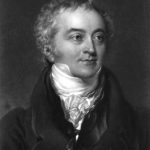 The first and only one review on history of contact angles was prepared by a team of international experts led by Prof. Drelich. The contact angle is one of the most sensitive experimental values describing a junction between three phases, being influenced by the composition and properties of contacting media as well as the structure and composition of interfaces involved. The origins and importance of the contact angle in analysis of three phase systems dates back to the famous works on cohesion and adhesion of fluids published by Thomas Young in 1805 and later Athanase Dupré in 1869. Since then, the contact angle has remained one of the most important values measured experimentally during characterization of solids and their wetting characteristics. Such measurements, however, involve solid surfaces that deviate from the idealized ones used in thermodynamic and mechanical modelling of three-phase junction by Young, Dupré, and others, and there is typically more than one value of contact angle measured on such surfaces. As a result, the attention of scientists and researchers in the last two centuries has been on development of methods for accurate contact angle measurements, interpretation of experimental values, and understanding the causes for contact angle value variation and contact angle hysteresis. The article entitled Contact Angles: History of Over 200 Years of Open Questions, and published in the Surface Innovations journal, reviews advancements made in interpretation of experimental contact angles and their use in characterization of solid surfaces.