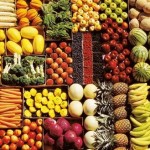 Microbes lurk almost everywhere, from fresh food and air filters to toilet seats and folding money. Most of the time, they are harmless to humans. But sometimes they aren’t. Every year, thousands of people sicken from E. coli infections and hundreds die in the US alone. Now Michigan Technological University scientist Jaroslaw Drelich has found a new way to get them before they get us.

His innovation relies on copper, an element valued for centuries for its antibiotic properties. Drelich, a professor of materials science and engineering, has discovered how to embed nanoparticles of the red metal into vermiculite, an inexpensive, inert compound sometimes used in potting soil. In preliminary tests on local lake water, it killed 100 percent of E. coli bacteria in the sample. Drelich also found that it was effective in killing Staphylococcus aureus, the common staph bacteria. 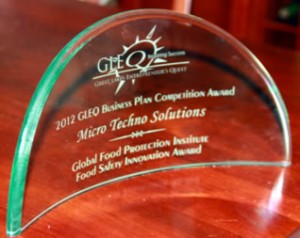 Drelich is working with the Michigan Tech SmartZone to commercialize the product through his business, Micro Techno Solutions, the recipient of the 2012 Great Lakes Entrepreneur’s Quest Food Safety Innovation Award. He expects to further test the material and eventually license it to companies that pack fresh food.

CBS Detroit and its daily Technology Report published an article about Jaroslaw Drelich’s (MSE) research on using copper nanoparticles to protect food from food-borne bacteria such as e.Coli and salmonella. From Tech Today.

Research by Jaroslaw Drelich (MSE) into using copper nanoparticles mixed with vermiculite for protection against food-borne bacteria was reported in the Packaging Digest and the Food Quality News. From Tech Today.

News of Polish Science, a publication of the Polish Press Association, interviewed Professor Jaroslaw Drelech (MSE) and published a news story about his work on antibacterial vermiculite with copper nanonparticles. From Tech Today.

This entry was posted in Notables. Bookmark the permalink.